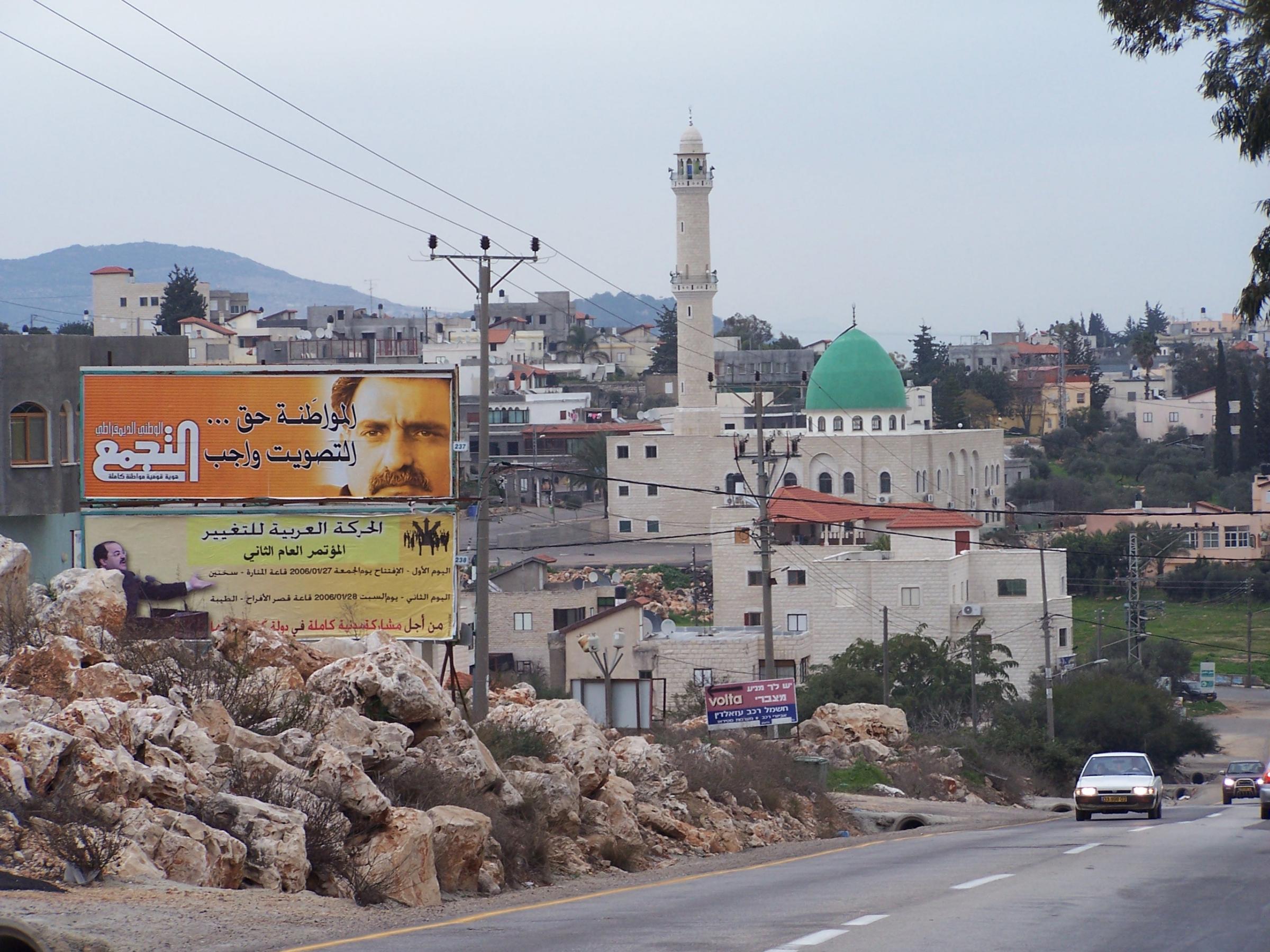 Click Image For Town Details
It is not an exaggeration to claim that the Galilee is the most beautiful part of the Holy Land, marvellous natural scenery, wonderful climate, rich archeological and historical sites, colorful cultural life. According to UN Resolution 181, most of the Galilee is designated as part of the Palestinian state, which until now has not been established. In 1948 the newly founded state of Israel occupied the whole Galilee after destroying many villages and uprooting many inhabitants. For more than half a century Israel has attempted to change the Arab character of the Galilee and to obliterate its Palestinian landmarks and features. Israel implemented the so called "Judaization of the Galilee" which in effect means the confiscation of Arab land and the continual building and development of Jewish settlement. In spite of this, the Palestinian character of the Galilee has not disappeared; some of it you can find under the ruins of the destroyed villages and some still visible on the ground, challenging the occupation. Therefore, we in the Galilee consider it very important and urgent for our friends and for those who want to see at close hand the other Galilee, the Arab Palestinian Galilee, to have available alternative tours through the Galilee: Upper Galilee and Lower Galilee, Western Galilee and Eastern Galilee. What can these tours offer? 1- Visits to beautiful landscapes, high mountains with views of the Mediterranean sea and the Sea of Galilee, deep valleys and small stream, typical traditional Arab villages. 2- Visits archeological sites from the old ages of the Canaanite period through the Roman, Islamic, Ottoman, and Crusader periods, including many holy places of the 3 monotheistic religions: Nazareth, Qana, Tiberia, Safad, Acre, Sakhnin, Deir Hanna, to mention but a few. 3- Visits to the destroyed villages of 1948, illustrating the contrast with the settlements which were built on their ruins. The names of these destroyed villages have often been stolen for the new settlements: Iqrit, Beri'm, Gabsieh, Saforia, Mia'ar, Sohmata and many others. 4- Visits to Bedouin unrecognized villages . The state deprives these communities of basic necessities, such as electricity, water and schools and forbids the Bedouin to build their homes, forcing them to leave their land. 5- Visits to the villages of the occupied Syrian Golan Heights, the northernmost part of the mountains of Galilee , and opportunities to talk with their strong and proud people. The Galilee 2000 alternative tours can also book bed and breakfast in a pleasant traditional guesthouse in one of the Arab villages, at a reasonable price. There is also the possibility of staying in a family for those who would like to practise the Arabic language or to experience the Palestinian way of life. Good and cheap restaurants with Arab home cooking are available. All tours can be guided in Arabic, English, German, Dutch and Hebrew. This could be of particular interest to foreign TV crews or journalists, and also to study groups. For more information: Galilee today-alternative tours P.O.B 3449 Sakhnin 20173 Israel Telefax: 972 4 6745821 e-mail: az137@hotmail.com