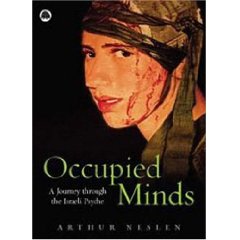 What an amazing book, I wish I can give it six stars but I cannot; the system does not allow.

For the first time I find a book that covers the Israeli society from all angels. Mr. Nelson takes you into the Israeli society through 50 interviews with Israelis from all social, racial and political background. For example, he interviewed Mizrah Jews, Ashkenazim, Sabras, DJs, Sex Workers, Black Jews (not Falashas), Yamini, Morracan, Iraqi Jews, settlers, Russian emigrants, anti-Zionist, people from the political right, lawyers who help Zionists around the world, people who live in Kibutz ...etc.

At the beginning  of each chapter, he gives you a very solid brief introduction which I found very very helpful. Frankly I considered myself well read about the Israelis society before and this book filled a lot of gaps.

What I like about this book that he really attempted to give the readers an honest idea about the Israelis, where he shows the good, the bad, and the ugly. He did not push the people whom he interviewed very hard, he was respectful but at the same time gave the reader an idea what goes into their heads.

As you read each interview, you come with the impression that MOST Israelis & Jews don't understand the root causes of the conflict; they are really clueless. Often in the interviews they refer to "Palestinian State" or "the two state solutions" as if creating the Palestinian state will solve the conflict once and for all. I can understand from the Zionist point of view (especially after the Holocaust) why they see Israel as state for all Jews is important, but what they don't understand that Palestine for Palestinians is a homeland, not a state. With the exception of few Israelis in this book, the majority do not understand that the massive ethnic cleansing and the collective dispossession of 2/3 of the Palestinian people are the CORE ISSUES of the Palestinian-Israeli conflict; that is what fuels the conflict beside the illegal occupation of the W. Bank and Gaza

Despite that Mr. Nelson knew that the massive ethnic cleaning and dispossession of the Palestinian people (which occurred during the war of 1948- see page 210), he could not ask such a question. I really understand why he could not which is because of the disconnect between what people believe/think and between the the facts.

Finally, I really appreciate how Mr. Nelson made a great effort to detail the sources of each stated fact; for a historian this is really important.