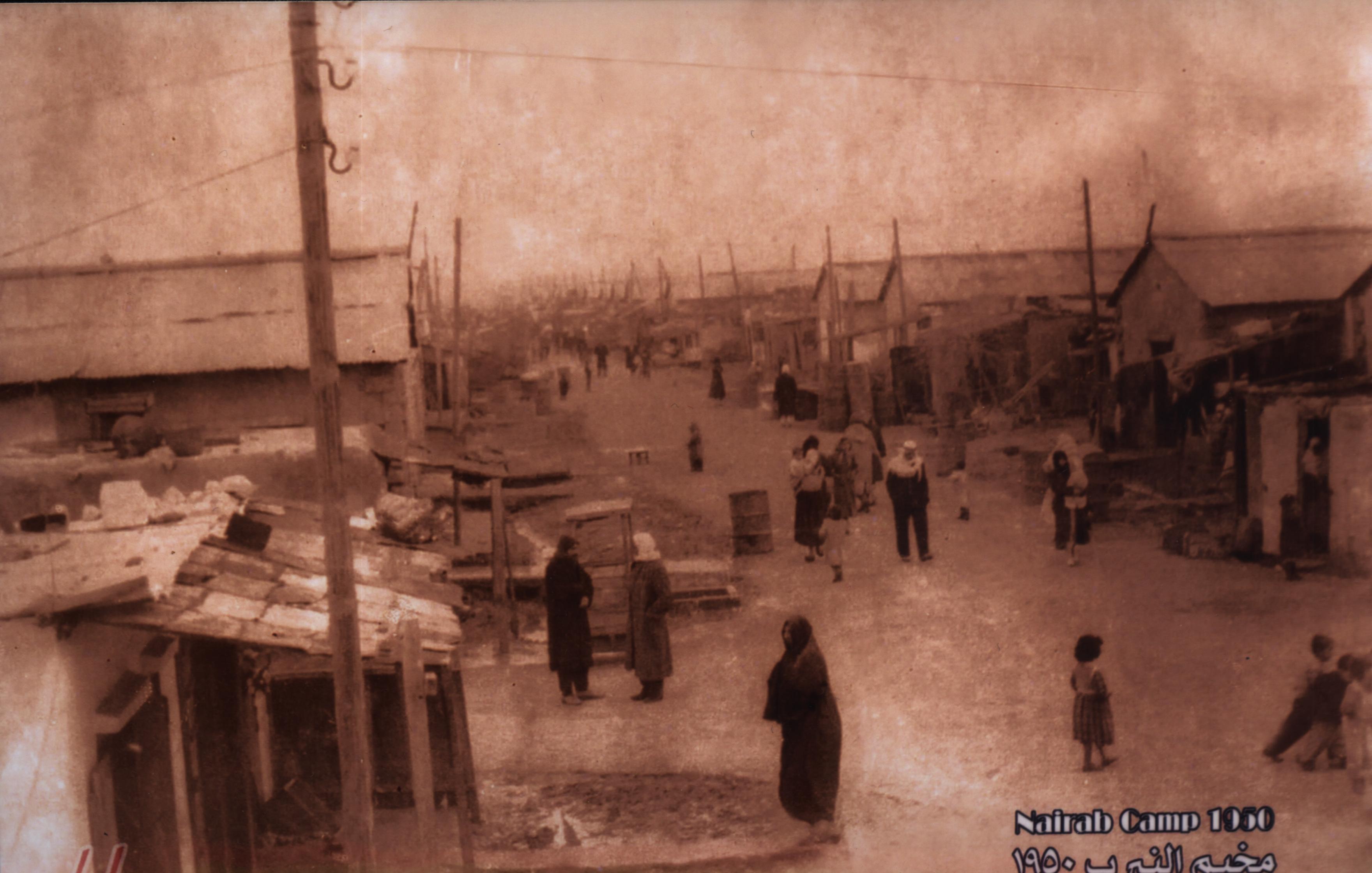 Neirab: the Syriac word meaning flat land or water through the valley.

It was Saleh Bin Ali Bin Abdullah Bin Abbas has governed Sham ( Syria ), so he selected to place Aleppo, where he builded Bttiyas Palace, this palace was on the hill Supervisor of Nayrab.

Nayrab was a village south-east of the city of Aleppo, with the urbanization of the city have been included Nayrab. And is not located only 10 kilometers from the city center and the fact that the land was lying established by the French military airport, and after the independence was that the airport expansion to include airport and other civilian and military is known as Nayrab Airport and has turned his name now to Aleppo International Airport.

After the 1948 war, Palestinians migrated to the neighboring countries which have been receiving several thousand of them and landed in the barracks near the airport that had been brought by the French army to its soldiers and called the place then Nayrab camp for Palestinians refugees.

The plains of Nayrab are fertile plains where various types of vegetables are implanted, in particular cucumber and the cucumber is one of the most famous items. And more is what distinguishes Nayrab, Aljori roses which is the first product of Nayrab and exported to several countries where used in the manufacture of perfumes and is essentially in the installation of some medicines, foods and beverages.

On the other hand, Nayrab produce reasonable quantities of olive and pistachio as well as smaller quantities.