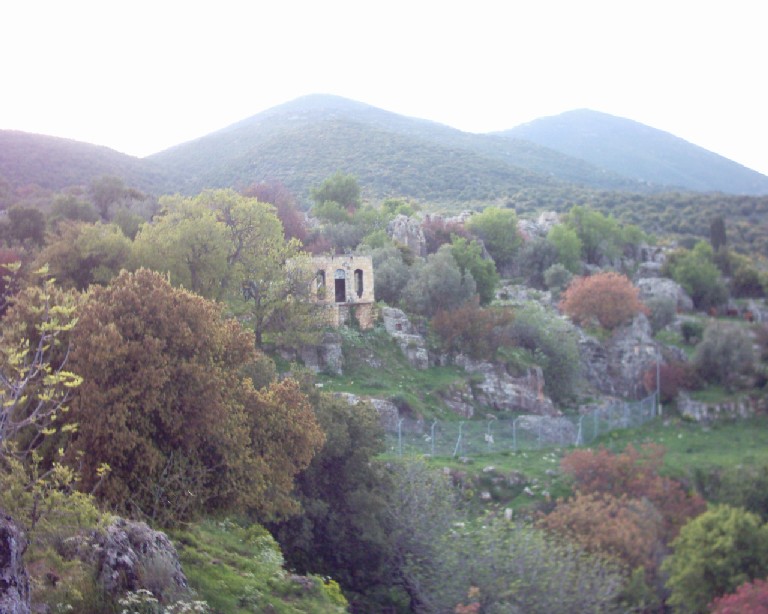 
The village was situated on the rocky, gently sloping eastern foot of Mount al-Jarmaq, the highest mountain in Palestine. It overlooked a hilly region in Upper Galilee. Wadi Mirun ran south of the village and constituted its southern border. The village, which lay along the west side of the Safad؟Acre high­way, was oriented in a northwest-southeast direction. The Arab geographer al-Dimashqi (d. 1327) mentioned Mirun as a village in Safad that was located near a well-known cave. He reported that Jews (and possibly other villagers) came to the cave to celebrate a Jewish festival by witnessing what they thought was the sudden and miraculous rise of water from basins and sarcophagi in the cave.

al-Dimashqi was probably referring to a festival held on Lag ba-؟Omer, the anniversary of the death of Talmudic sage Rabbi Shim؟on (Simeon) Bar Yochai, who, according to tradition, was buried there. In 1596, Mirun was a village in the nahiya of Jira (liwa؟ of Safad) with a population of 715. It paid taxes on goats, beehives, and a press that was used for processing either olives or grapes.