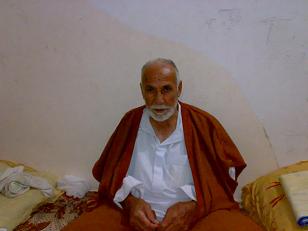 EARLY one night in December 1918, just after the end of World War I, about 200 Anzac troops, including some from the famed Australian Light Horse, surrounded the Bedouin village of Surafend, in what was then Palestine.

After expelling the women and children, the soldiers, armed with heavy sticks and bayonets, descended on the inhabitants, murdering between 40 and 120 before torching their huts. The flames lit up the countryside for miles around. They then moved on to a neighbouring nomad camp, which they also burned to the ground.

Though mentioned briefly in the official war history, the Surafend massacre, ostensibly carried out in retaliation for the murder, just days before, of a New Zealand soldier by a Bedouin, has sunk into oblivion, eclipsed by the legend of the Light Horse, whose historic cavalry charge at Beersheba in 1917 proved a turning point in the desert campaign. That charge, of 800 men and horses across six kilometres of open ground, made the Light Horse a byword for a particularly swashbuckling brand Anzac bravery.

But a new book, called Beersheba, by the journalist Paul Daley, confirms another, darker, side to the Light Horse. "It was always thought that New Zealanders were mainly responsible for the massacre," Daley says. "The Australians' participation was assumed but never really proven."

Then, one day last year while researching in the War Memorial, Daley came across a tape recording of an old Light Horseman, Ted O'Brien, who described in graphic detail how he and his comrades had "had a good issue of rum" and "done their blocks" in Surafend, and how they "went through [the village] with a bayonet."

The Bedouin, O'Brien says, were "wicked … You'd shoot them on sight." Of the massacre at Surafend, he says "it was a real bad thing … It was ungodly."

Daley says that, while "some people would no doubt define Surafend as a war crime, I haven't called it that. Technically I don't think it was covered back then by the Geneva Conventions, and it actually happened in December 1918 … after the war ended."

No one was charged but in 1921 Australia paid compensation of £515 to the British, who then ruled Palestine, for the destruction of the village. (New Zealand paid £858; the British paid £686 because a small number of Scottish soldiers had participated.) But he massacre stained the previously unimpeachable reputation of the Light Horse. The British commander-in-chief, General Sir Edmund Allenby, is said to have called them "cowards and murderers".

Daley points out that 20,000 Light Horsemen were deployed during World War I, only a fraction of whom took part at Surafend. "This incident highlights war's moral complexity and how otherwise good men can do terrible things. The Anzacs were not the mono-dimensional heroes they have been made out to be, and they themselves would never have seen themselves like that. This doesn't detract from the amazing things that the Light Horse did, but if we want to embrace the heroics we need to accept the unpleasant truths, too."