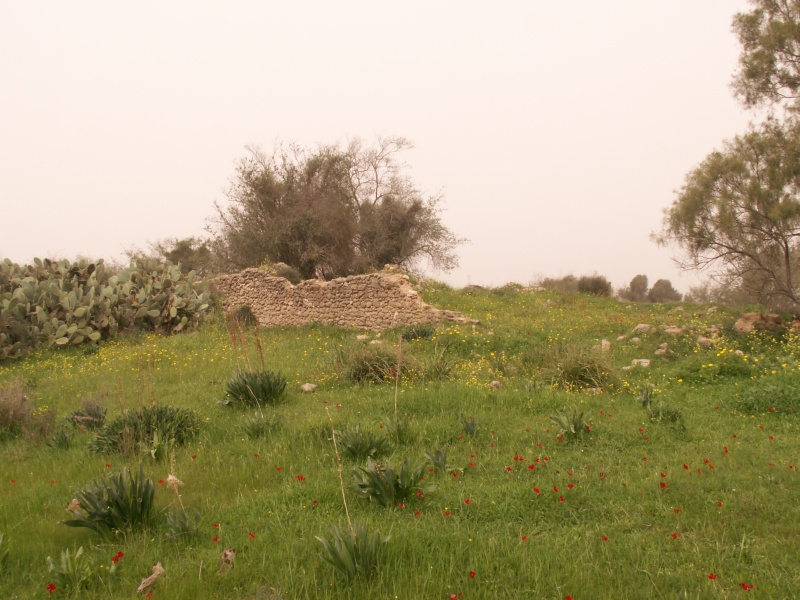 Click Image For Town Details
Until May 13, 1948, the 1500 Palestinian residents of Simsim lived in their northern Negev village and worked their lands. Zionist military forces expelled them to the Gaza Strip. Only two families remain in Israel. Most of the village؟s refugees lived in the Jebalya refugee camp, where they still live today, about 15 kilometers from their village. Since their expulsion, the refugees from Simsim, like the hundreds of thousands of refugees living in the Gaza Strip, have suffered not only from difficult living conditions but also from additional violent Israeli attacks, including occupation in 1967, bombing, shelling and assassinations. The brutal Israeli attack at the end of last December and the beginning of January was another violent chapter in the Palestinian nakba that began in 1948. The town of Sderot was established about 10 kilometers from Simsim, on the land of the village of Najd. The jumping off point for the Israeli attack in 1948 was Kibbutz Gvar؟am, which had been established near Simsim in 1942. Later, the kibbutz took over the village؟s lands. What had once been the center of the village, including the remains of about 345 buildings, a desecrated cemetery, dry wells and a destroyed mosque, is fenced off as the ؟Gvar؟am Preserve؟ and used for the kibbutz cattle. The Qassam rockets the Palestinians fire from Gaza reach the villages and the lands from which they were expelled in 1948. The Qassams touch the root of the conflict, and remind us that the solution is also to be found there. The Israeli response was to wage another cruel war. The Israeli army caused heavy casualties, murdered many civilians, including women and children, sowed terrible destruction, failed to bring about the collapse of Hamas, didn؟t restore Israel؟s ؟deterrence,؟ didn؟t free Gil؟ad Shalit and didn؟t even stop the Qassams.

This coming Saturday, 28/3/2009, we؟ll lead a study tour to the area of Simsim village, accompanied by refugees. We؟ll hear about the history of the locale, erect signs and distribute a booklet containing information about the village and refugee testimonies. The tour will be held between 10:30 ؟ 13:30.

Persons wishing to do so can join the tour at one of these junctions, but they must notify us ahead of time.