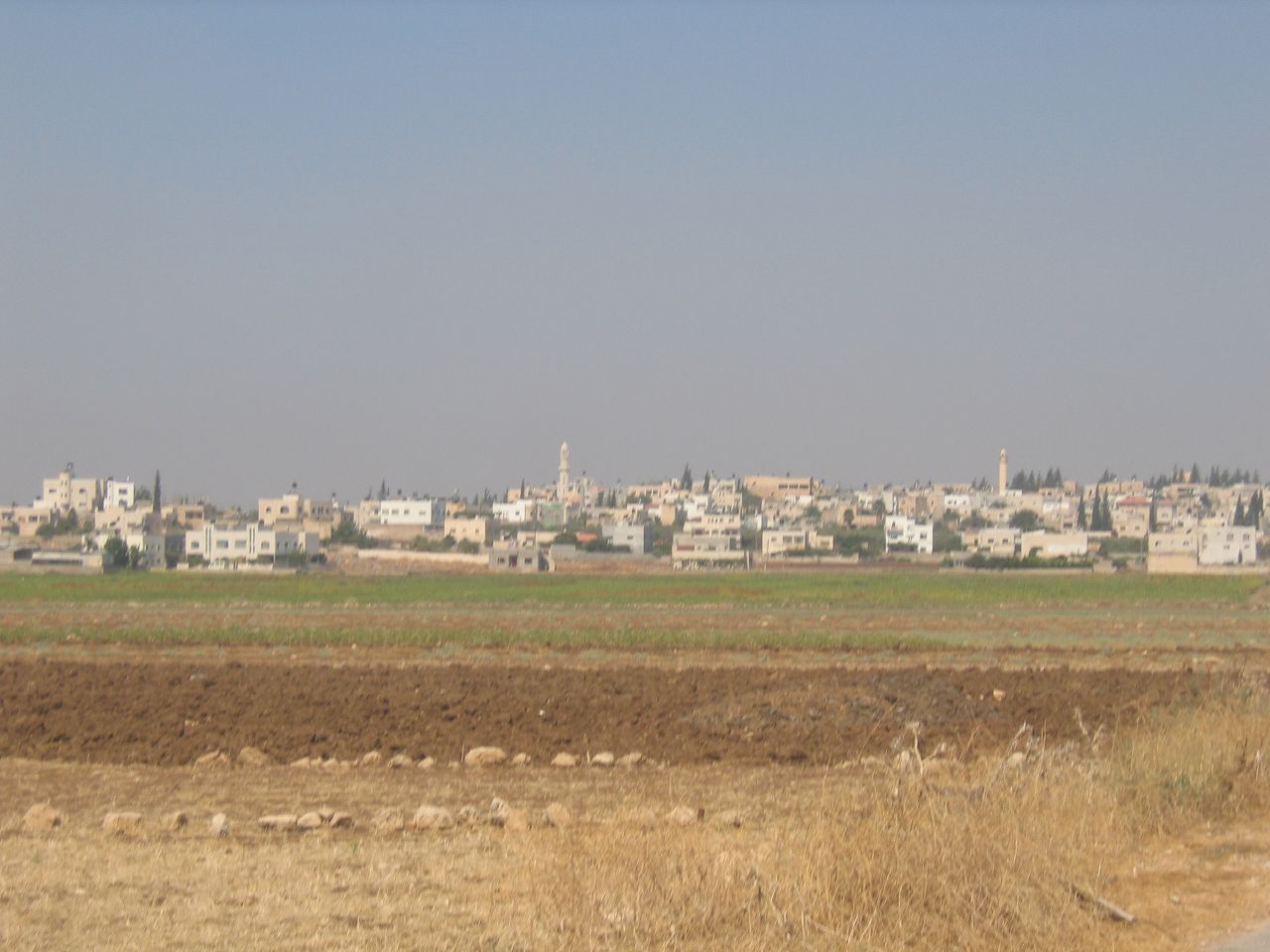 Click Image For Town Details
Dayr Ballut
Located exactly on the 48 armistice borders, this humble village was haunted three durations separately.
Firstly, during and before the Roman Period.
Secondly, during the Middle ages particularly Islamic
And finally the Current Age which has been initiated 250 years ago by our eighth ancestor Mousa bin Abdul Rahman bin Khalil bin Barakat. (Aprox).
The Roman Period: _
Many excavations had shown out that its location and the surroundings were haunted intensively during that period.
Well, I still remember when I was a small kid that some parts of the street leading to its southern part were implemented and ornamented with a kind of Mosaics covered with small cubes of stone.
It was firstly haunted by a Christian monk named Pelatous,
Who was the Roman judge sentenced Jesus Christ to death.
Embracing Christianity later and to prove his repentance, he left Jerusalem to this spot where he built a small church.
Hence that it took his name and began to be known as Dayr Ballut.
I my self and all my contemporaries are still remembering the church which was knocked down at the beginning of the sixth decade of the last century to replace it with a medical clinic.
As I mentioned previously it was haunted very intensively that everywhere you go on its surroundings you will find many dugs which were used to squeeze grapes.
This denotes my point of view.
This period expired by the rise of the glorious Islam and commenced with the Islamic domination on the whole geographical Syria.
The village was captured by Moslems after a very strong battle took place exactly at its western edges near a small dune named Abu _ Al_Rayat, (Banners) lead by Huzayfa Bin Al _Yaman (one of the greatest Sahabi. (PBUH))
After that it was destructed and all its natives flee away.
The Islamic Period: __
It was rebuilt again by the beginning of the Umayyad time following Ramllah the second main city in Palestine during that time.
It became very prosperous that its size tripled.
As the mosque was playing the role of the high school, its mosque became very big with a 7 study sessions and 7 mehrabs.
Many had graduated from it and the greatest was Abu Abdullah Al Dhareer (the blind) who left the village to teach in the Umayyad Mosque of Damascus.
Another taughter was Al_ Balluti who became a judge in Jerusalem.
(Yakute Al - Hamawi).
As a result of some civil misunderstandings between Quays and Yemen, the village was devastated and became arid of inhabitants.
The Recent or the Contemporary Period:-
Before the arrival of our eighth ancestor, the village was haunted by both Dar Abu Khair who originally came from Arah (a village near by Um Al-fahem) and Dar Abdellah originally from Jindas (a village on the way to Gaza).
Being his matriarchal uncle, Abdellah sought for the help of our ancestor who came from Kofr -Adeek and shared the location with both Abu ؟Khair and Abdellah.
Our ancestor was a real polygamous man, he gave birth to more than sixteen sons and daughters and his seeds domain the village.
Since that this period has started and still going on.
There are some ruins around it and both excavation and archeological researches proved the following:
-Dayr ؟Qala: Roman.
-Dayr ؟Almeer Roman also.
- Sarsourah may be before the Flood.
- Kasfa : Bronze.
_ Musmar: unknown.
Dayr ؟Saman : Roman
Many caves proved to be from the Neolithic Period.
Finally, Let me convey my preaches and appeals to Allah the almighty:
Hay God the most merciful please, protect my beloved village & keep it always prosperous, luxurious and safe. Amen.