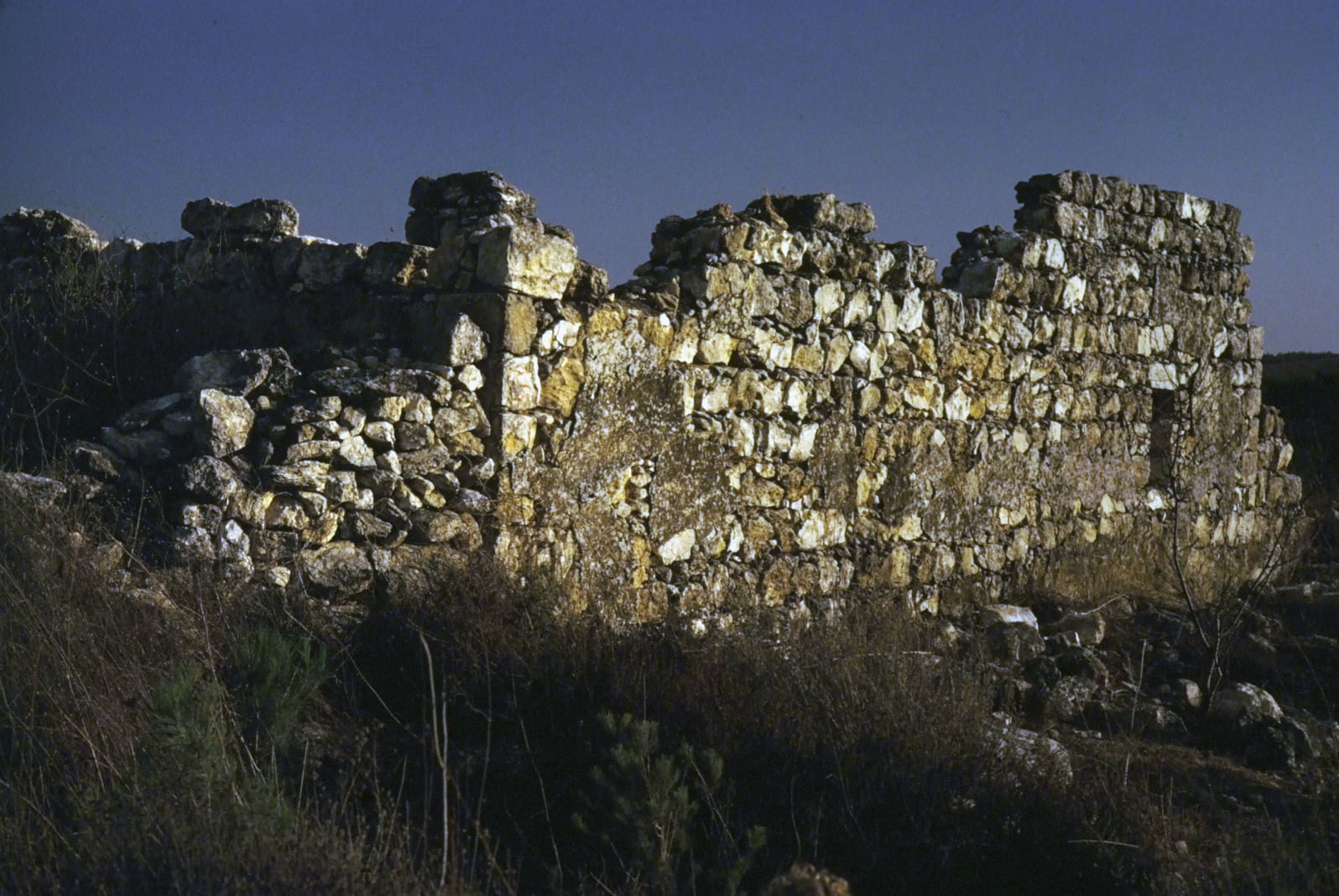 Click Image For Town Details
The Day We Became Refugees:
It was Spring Time, perhaps one morning of April of 1948, when we saw around one thousand soldiers of the "Salvage Arab Army" that was mainly formed from Syrian volunteers and was led by Fawzi Al-Qawiqji come to our village Al-Mansi. They camped in the center of the village. By the way, our village houses had never been close to each other. Houses were around 500 meters from each other on the average. Every farmer in Al-Mansi owned a piece of land around his house, which was in most cases a part of a big mountain behind his house.This part of the mountain was in some cases more than one square kilometer in area, which the farmer cultivated and used as an orchard full of vine, olive, fig, almond, apple, carob, appricot, plum, cherry and other fruit trees.
At night, the Salvage Army shelled the nearby Mishmar Ha'aymick, the nearest Jewish Colony, which used to bother all the neighboring Arab villages and even to block the main road to Haifa and prevent the Palestinians from going to the main City of Haifa. In those days, going to Haifa was very necessary because there were no commercial centers, medical centers, Government Offices or jobs available in the villages. So blocking the road to Haifa represented cutting the stream of life between the villages and the main source of their life.
That night, most of the inhabitants of Al-Mansi did not go to sleep. In the morning, people found out that the Salvage Army had withdrawn completely from the village. It was said that it withdrew to Nablus! Later I read somewhere that the soldiers withdrew towards Jerusalem to reinforce Al-Mujahideen under Abdul Qader Al-Husaini, who was fighting in the outskirts of Jerusalem days before Al-Qustal Battle in which Abdul Qader was martyred.
Al-Mansi was left alone. Not a single soldier was there. The inhabitants were unarmed and perhaps there were some young people who had some pistoles or old rifles, but were neither trained nor well oriented about the struggle ahead. With sun set that night Al-Mansi was invaded by thousands of the well armed Jewish Gangs of Hagana , Stern and Argon. Few untrained inhabitants tried to defend their village and accorgingly were martyred. Other inhabitants carried their children and the keys to their houses, hoping to come back soon, and fled the village. They joined the thousands of refugees from other villages in the wilderness. From that day on we were labled as "Refugees".
Being a refugee in the Palestinian case means that the Palestinians, who owned Palelstine for thousands of years were forced to leave their land, homes, farms, birthplaces, schools, businesses, sources of income, and live like beggars on what the charity organizations give them. Forcing a man to leave his homeland and "go away" is like uprooting a tree by cutting all its roots and transplanting it in another arid place. The process is like taking a fish out of the water without being worried what soever about its destiny whether life or death. The most painful disaster that adds to the Palstinians misery is that their villages were completely demolished, their lands were confiscated and Jews were and are still IMPORTED to live in our beloved Palestine. Can you imagine that the Zionists in Palestine were afraid of the stones of the Palestinians villages and houses. This is a fact! If you you do not believe it, then how do you explain what they did to the Palestinian villages after their occupation? I tell you what they did. They domlished the villages completely and our houses turned to rubble. After few years that rubble turned into a nightmare in their eyes and brains. They could not look at their crimes and still see the stains of blood on their hands. Voices were raised by some zionists to carry the stones far away from their places. They wanted to change the history and the geology of the places. They did not want to see anything which would remind them of their crimes against the real owners of the land which they took by force and at gunpoint. Perhaps it would take some time before this blind and deaf World would realize that Macbeth would not be able to hide his crime any longer because his hands are still stained with the visible Palestinians blood.
One more crime that the Zionists committed against the Palestinans, who remained in occupied Palestine is that they are not allowed by any means to visit their birthplaces or even to take pictures of their demolished houses. Arabs inside occupied Palestine can not go back to visit the sites of their demolished villages where they had grown up. They are refugees in their country, living in reservations!
The loss of one's homeland is not a loss of property, it is the loss of one's history, culture, heritage and self.
We hope that time will come when justice will prevail, but not before the opressors are punished.
(Please note that the above events and remarks were written by a man, who was only six years of age in 1948. Any corrections, additions or suggestions will be highly appreciated as far as they contribute positively by shedding more light in order to reflect the shere facts.)