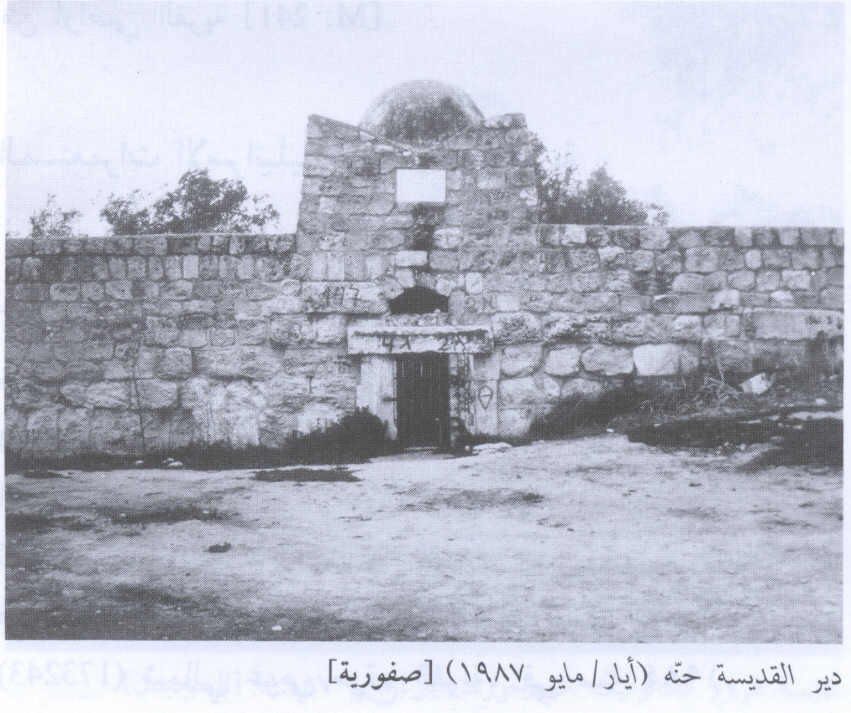 He is the father of Mahmoud Abdelghani (Abu Husain) and Suleiman Abdelghani.

He was knife slaughtered by the Haganas since they realized he'd mistakened them for natives.

2. Suleiman Abdelghani: Lived in Yafa after the expulsion; had the following children:

Basically, Ahmad Abdelghani (Fransees), the great grand father, had multiple acres of land in Baltouf Planes, registered in his name . After he died, his son Suleiman stayed behind. Suleiman registered the lands in his name only, failing to add his brothers as co-owners. We doubt
he meant any harm against his brothers.

Naturally, Suleiman's children who stayed behind in Yafa (Mahmoud, Ibrahim, ...etc) inherited the land, at least on paper unrecognizing any rights to their uncles Mahmoud, Mohammad, Saleh, and their expelled brothers/sisters from the first wife (Saleem suleiman, Aysheh, Nasra, and Radyeh).

To confirm this land subject, contact any person from the Baddawi or
Nahr Albarid Abdelghani Fransis family in Lebanon.

Currently Suleiman's children, who reside in Yafa, believe the land is theirs only. We last heard the jewish government had offered them over $25 million dollars for land dis-ownership settlement.

The Abdelghani family (in Baddawi, Nahr Albarid, and Yarmook) disputes this land sole claim by Khadra Alataba children, and it considers it an act of theft and backstab.