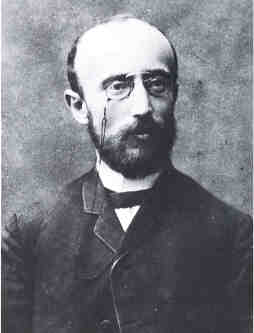 In 1891 Ahad Ha'Am opened many Jewish eyes to the fact the Palestine was not empty, but populated with its indigenous people when he wrote:

"We abroad are used to believe the Eretz Yisrael is now almost totally desolate, a desert that is not sowed ..... But in truth that is not the case. Throughout the country it is difficult to find fields that are not sowed. Only sand dunes and stony mountains .... are not cultivated." (Righteous Victims, p. 42)

In 1891Ahad Ha'Am similarly wrote of the Palestinians:

"If a time comes when our people in Palestine develop so that, in small or great measure, they push out the native inhabitants, these will not give up their place easily." (Righteous Victims, p. 49)

Ahad Ha'Am published a series of articles in the Hebrew periodical Hameliz that were sharply critical of the ethnocentricity of political Zionism as well as the exploitation of the Palestinian peasantry by the Zionist colonists. Ahad Ha'Am sought to draw attention to the fact the Palestine was not empty territory and that the presence of another people posed problems:

" ....[the Zionist pioneers believed that] the only language the Arabs understand is that of force ..... [They] behave towards the Arabs with hostility and cruelty, trespass unjustly upon their boundaries, beat them shamefully without reason and even brag about it, and nobody stands to check this contemptible and dangerous tendency." (Expulsion Of The Palestinians, p. 7) 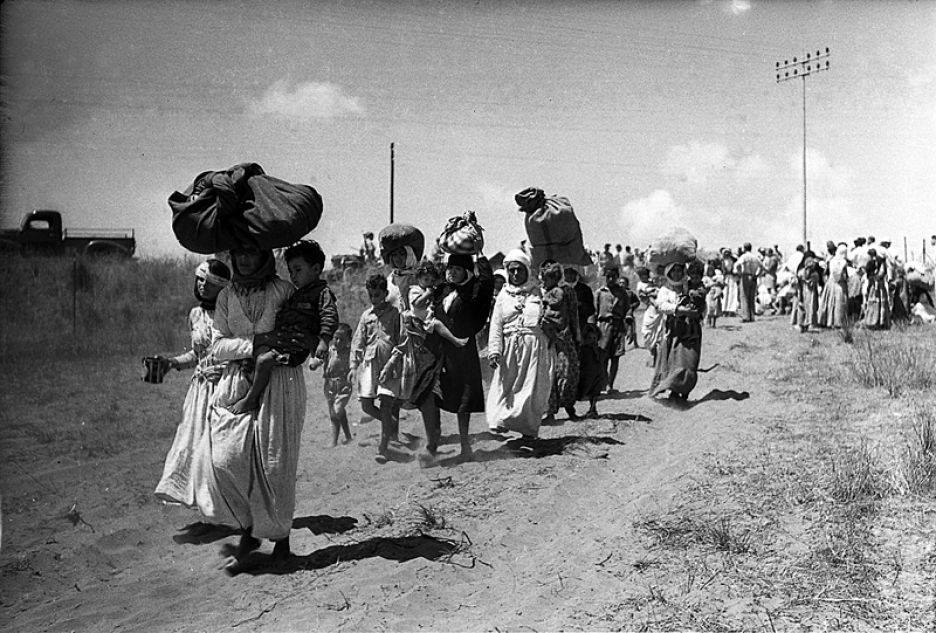 Palestinian are being ethnically cleansed out of al-Tantura in May of 1944; soon after 200+ men were massacred.
In a pamphlet under the heading line of "Truth from Eretz Yisrael" published in 1891, Ahad Ha'Am wrote of how Jewish settlers at the time treated the indigenous Palestinian people:

"[The Jewish settlers] treat the Arabs with hostility and cruelty, trespass unjustly, beat them shamelessly for no sufficient reason, and even take pride in doing so. The Jews were slaves in the land of their Exile, and suddenly they found themselves with unlimited freedom, wild freedom that ONLY exists in a land like Turkey. This sudden change has produced in their hearts an inclination towards repressive tyranny, as always happens when slave rules." 'Ahad Ha'Am warned: "We are used to thinking of the Arabs as primitive men of the desert, as a donkey-like nation that neither sees nor understands what is going around it. But this is a GREAT ERROR. The Arab, like all sons of Sham, has sharp and crafty mind . . . Should time come when life of our people in Palestine imposes to a smaller or greater extent on the natives, they WILL NOT easily step aside." (One Palestine Complete, p. 104) How accurate 'Ahad Ha'Am description was even after more a 100 years plus of the Palestinian-Israeli conflict! The conduct of most Israelis, especially in the occupied territories, is very much similar to the way 'Ahad portrayed early Jewish settlers' conduct over a century ago.

In 1891, 'Ahad Ha'am issued a warned of the increased militancy amongst the Jewish settlers in Palestine:

"The secret enabling our people to survive is ... that already in antiquities prophets taught it to respect only spiritual power and never to admire physical power. Therefore, it has not succumbed, like all ancient people, to a loss of identity when faced with stronger adversaries ... However, a political idea alien to the national culture can turn the people's heart away from spiritual power and produce a tendency to achieve its 'honors' by achieving physical power and political independence, thus severing the thread linking it with its past and losing the base which sustained it through out history." (Occupied Minds, p. 8) We have elaborated on this subject further in the Spartan Jew article, click here for details. 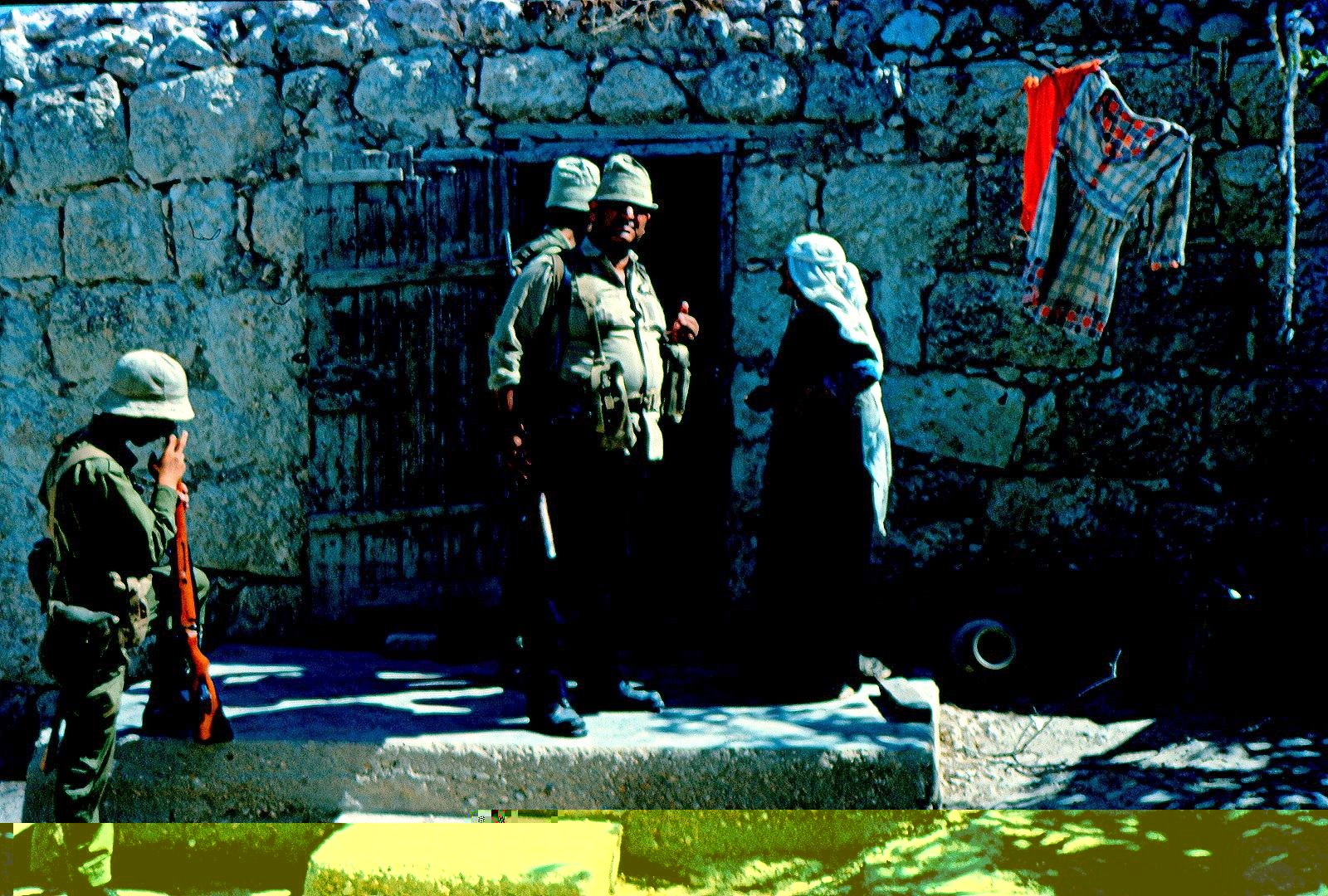 Palestinian are being ethnically cleansed out of 'Imwas & Yalu on June 7th 1967 by Zionists Jewish forces on direct orders from Yitzhak Rabin
...similarly he stated,

"[All the leaders] even if loyal to the state and wishing it success will necessarily seek this success in terms of alien culture which they have absorbed. They will implant this influence through moral influence and even by force ... such a state of the Jews will be mortal poison to our people and will grind its spirit in the dust ... this small state ...will survive only by diplomatic intrigues and by constant servility to the powers that happen to be dominant ... It will really be, much more than now, 'a small miserable people', a spiritual slave to whoever happens to be dominant looking enviously and greedily at the fists of its mighty neighbors, and all its existence as a 'state owner' will not add an honorable chapter in its history. Isn't it preferable for 'an ancient people which has been a light unto nations' to disappear from history rather than reach such a final goal?" (Occupied Minds, p. 8)

Ahad Ha'Am warned that Jewish settlers must under no circumstances arouse the wrath of the natives, he said:

"Yet what do our brethren do in Palestine? Just the very opposite! Serfs they were in the lands of the Diaspora and suddenly they find themselves in unrestricted freedom and this change has awakened in them an inclination to despotism. They treat the Arabs with hostility and cruelty, deprive them of their rights, offend them without cause and even boast of these deeds; and nobody among us opposes this despicable and dangerous inclination ..." 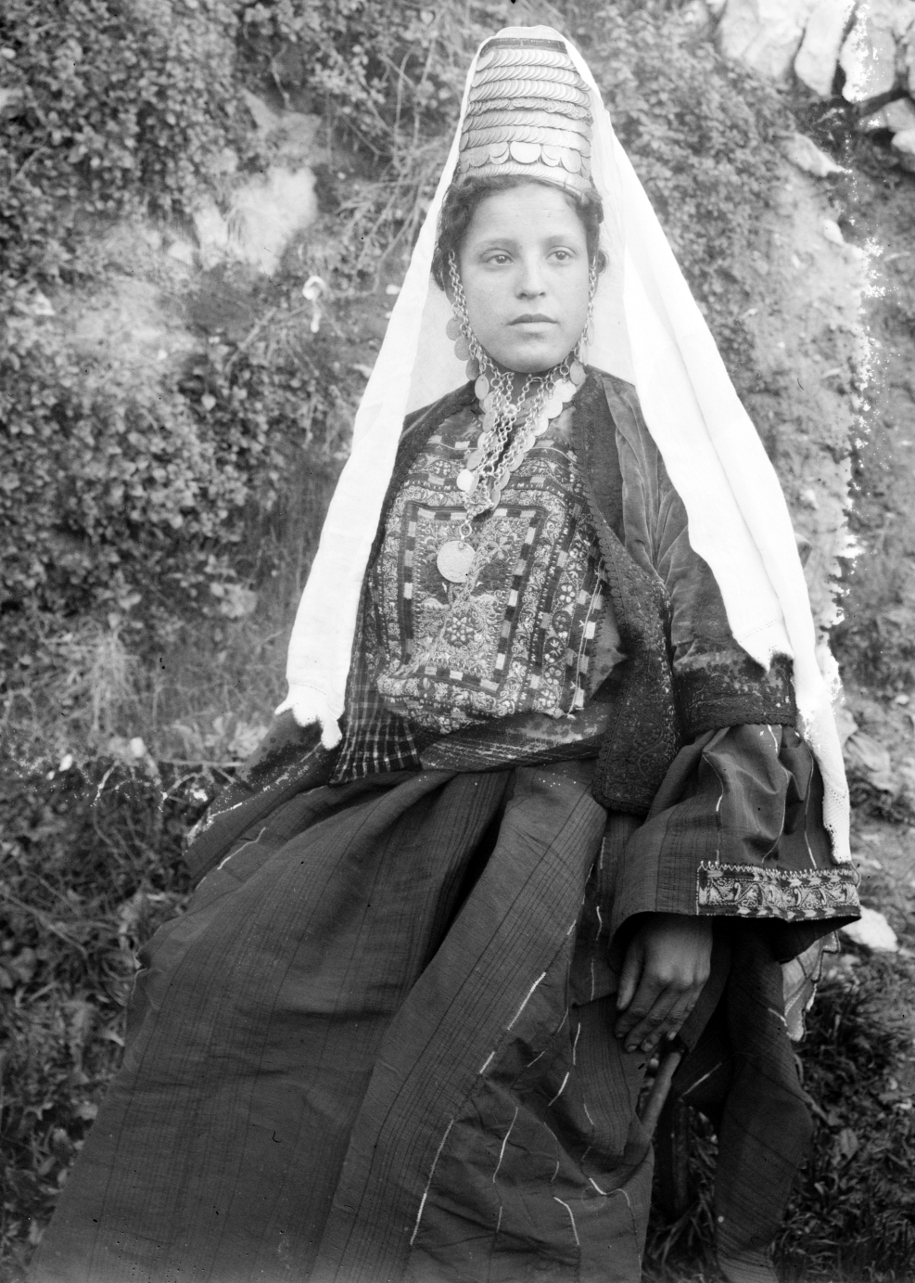 Browse hundreds of pictures depecting Palestinian culture & folklore
The same lack of understanding he found in the boycott of Arab labour proclaimed by Jewish labour... "Apart from the political danger, I can't put up with the idea that our brethren are morally capable of behaving in such a way to humans of another people, and unwittingly the thought comes to my mind: if it is so now, what will be our relation to the others if in truth we shall achieve at the end of times power in Eretz Yisrael? And if this be the Messiah: I do not wish to see his coming." (UN: The Origins And Evolution of Palestine Problem, section II)

"'[the Zionists] wax angry towards those who remind them that there is still another people in Eretz Yisrael that has been living there and does not intend at all to leave its place. In a future when this ILLUSION will have been torn from their hearts and they will look with open eyes upon the reality as it is, they will certainly understand how important this question is and how great our duty to work for its solution." (UN: The Origins And Evolution of Palestine Problem, section II) But Ahad Ha'Am's plea went unheeded as political Zionism set about to realize its goal of a Jewish State.

In the early 1920s, there was talks of Palestine being part of a large Arab federation, but even Ahad Ha'Am said he would not remain in Palestine if that were to happen:

"Better to die in the Exile than to die here and be buried in the land of fathers, if that land is considered the 'homeland' of the [Palestinian] Arabs and we are strangers in it." (One Palestine Complete, p. 285)